In the autumn of 1972, Plainsong released their beautiful debut album In Search of Amelia Earhart. It was the height of the golden era of English folk rock. The record received universal critical acclaim for its musicianship and sublime singing, but just three months after its release the group disbanded in acrimony. How could a group capable of such exquisite harmonies disguise such disharmony within themselves?

In the fifty years that have followed the album’s release, what we know about the original incarnation of Plainsong has been shrouded in myth and misinformation. In Search of Plainsong tells the true story of the group and their classic album for the first time. It is a cautionary tale told through the voices of the key protagonists and those who were lucky enough to see Plainsong in full flight or bought the album first time round.

In Search of Amelia Earhart remains a folk-rock classic. For those who don’t know it, it might just be the greatest debut album you never heard.

‘A group that doesn’t come up and sock you in the eye, all decibels blaring, but kind of sneaks up and insinuates itself into your psyche almost before you have begun to notice it. By that time you are hooked by its gentle genius.’ – Karl Dallas, Melody Maker

‘In Search of Amelia Earhart is, and let us not mince words, the finest display of gentle, sometimes liltingly so, English folkiness and rockabilly to surface in a long while.’ Cameron Crowe, San Diego Door

The Deluxe Edition includes a signed hardback book and The Folk Fairport Concert CD. On 25th April 1972, Plainsong played an intimate, after-hours gig at the opening night of new cafe in Amsterdam called Folk Fairport. They played without a PA, and generated percussion from the clogs they were wearing. The recording of this very special gig has remained unreleased for 50 years. The CD also includes five bonus tracks of demos by Iain Matthews and Andy Roberts. 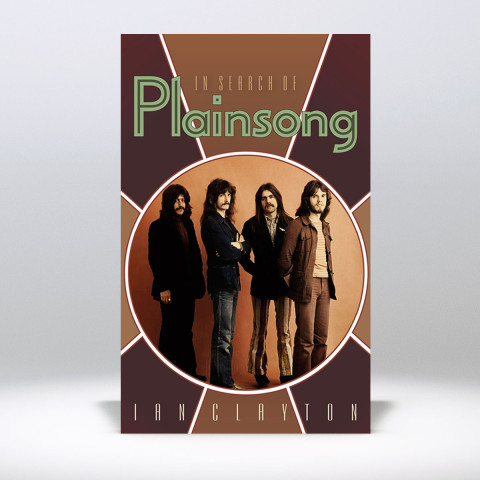 In Search of Plainsong